This one is for everyone

When I moved to Berlin two years ago I moved there with the intention of becoming more outgoing and becoming less anxious in social settings. I was never very popular in class and I pretty much never went out to parties before. In school, I got picked on and bullied. Before Berlin, I was very insecure. So, for me, moving to Berlin was about starting anew. I also moved here to study applied computer science at HTW Berlin.

I am a software developer and I love to learn. Usually I learn about new languages, algorithms, frameworks or general programming concepts. But recently I have learned a lot about myself.

What happened there, was Guild Wars 2. Guild Wars 2 is an MMORPG — Short for Massively Multiplayer Online Role-Playing Game. Those types of games can be very addictive. I knew what I was getting myself into. I have been playing MMORPGs for more than 5000 hours since I was 16. It was a world where I could be what I wanted myself to be. There were no critics and it was easy to make friends.

Unsurprisingly, I got addicted to Guild Wars 2 as well. I wrote about it before. I had played the game before already and even had a dedicated blog running — Some of the articles are in the archive. I played it for a month straight and quit after I reached max-level. I focused on university for the winter semester 2012/2013 and managed to make it through the required tests.

At that point I wasn't very sure what I wanted to with my life. In my free time I had been developing small video games. And I had been thinking about getting into the games industry since I moved to Berlin. Eventually I gave up on that dream. I learned that video game developers are often exploited and expected to work for very long hours. That's not what I was really looking for.

So, I decided to go back to Guild Wars 2 again. This time I had found a group of very nice people. The social element plays a huge factor in MMORPGs. By design, Guild Wars forces you to play together with other people, so eventually you will get to know them. And maybe join a guild together.

Friends can keep you in the game even if you don't like the game anymore. Additionally, the more time you invest, the more likely you are to stay. If you help with organizing ingame events you will have a certain responsibility to not just quit without saying anything. This went on for about 5 months.

In that period I pretty much neglected everything else in my life. And in the end I dropped out of university for stupid reasons. But eventually, things started to get better.

Three months ago I wrote:

Luckily there came a point where I grew sick of it. That was at at the end of August. I still remember that moment. I wish I knew what triggered it. It might have taken a few minutes, but I slowly lost all sense of attachment to my characters. It's as if there was a dense cover of fog suddenly removed from my vision.

After that, I went on and deleted all my characters. Not only in Guild Wars 2, but also in Eve Online which I had played before. I wish I had better advice on dealing with gaming addiction, but I don't. If you are looking for some motivation to quit, maybe the next part is for you.

After I was done with video games, I wrote about learning Ruby:

I started learning Ruby. Because, why not?

It is amazing how this decision shaped my life in the last two months and I still can't quite believe it. As I dropped out of university, I was looking for job opportunities in Berlin. That was the point where I decided to get out of my comfort zone and go outside to meet people. I went to a ton of meetups. I learned that I have to force myself to get outside in order to become more comfortable around people.

Then I learned about Hackership. Since I wrote a gem to automate some of my journal tracking, I got invited to the organizers meetup. This was a first as well. When I arrived at the location I wasn't sure if I was at the right bar. An overwhelming voice inside me told me to turn around and just go home. I did that before on other occasions. But driving an hour to this place and just turning around was not an option this time. So I stepped in. The rest is history (and available in the archive).

In retrospect, this has taught me to welcome every opportunity to get better in social settings. You don't get more comfortable around people by sitting at home alone.

Hackership ended before Christmas and it was the best thing that could happen to me this year.

Thank you to everyone I've met in the last two months. You are all amazing! 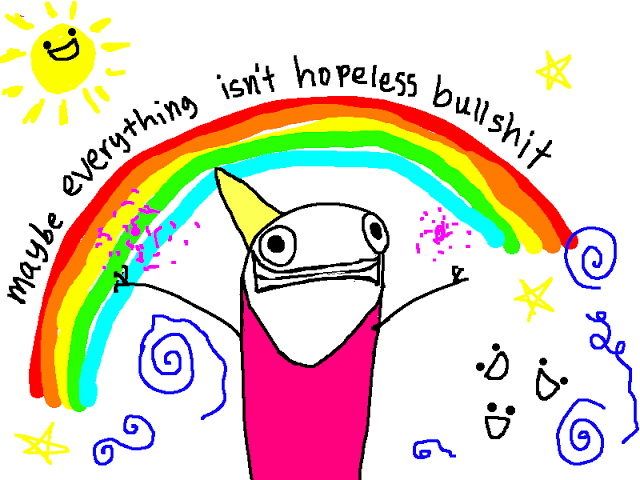