So before I start to write about what I did, I want to talk about what I want to accomplish during Hackership. As I mentioned previously, i want to learn Ruby on Rails and Test Driven Development. That is my general plan. Last week I started working on the Railstutorial book by Michael Hartl and I got to the end of chapter 8 before the week ended. This week I want to start working on my own stuff.

I know some programs are out there that teach touch-typing for qwerty/z and other popular keyboard layouts, but there's really only a handful websites that offer lessons for less popular layouts like Dvorak Type 2. This is what I'm going to work on for the next couple of weeks.

My goals for the week were to setup a basic frontend, create a user login and to save the progress of the user.

On Monday I decided to put the tutorial away and start working on the project. I started out with some javascript stuff to get a very basic frontend done. This is what it looks like: 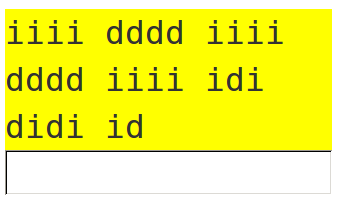 On Tuesday I started to set-up a basic Rails App. Some static pages here and there and including Bootstrap 3. I also gave Guard a try. Guard is a command line tool to easily handle events on file system modifications. You can use guard to automatically run tests when spec files are changed. I can definitely see how automated testing is superior over running test by hand. Most importantly, I don't have to switch to the console every time I want to run my test suite. Eventually I will get around to set up everything with Travis CI.

On Wednesday I continued working on the App and added a basic user sign-up - pretty much following the tutorial again.

While I wasn't there on there on Thursday, I showed up for the Hardware Accelerator Demo day. There were quite some interesting pitches to be seen but nothing that was really groundbreaking. The most interesting presentation was by DeMiFi which basically is a small mobile router.

And that's pretty much it for last week. I didn't get as much done as I wanted to, but that's fine.